Making Maps in 'Time-Space' with Python


You can find the code for this on my Github. I walk through it there.

How can we make maps by travel-time, rather than distance?

This project was inspired by this analysis from Gradient Metrics in which they re-projected Manhattan Island into “Timespace”, which shows how long it takes to get from any two points (via public transportation, in their case).

Unfortunately, they didn’t share their code. I’ve tried to do the same analysis in Python, and generalize it so it works with any place (e.g. city, county, state, etc). For example, here is St. Louis City and County: 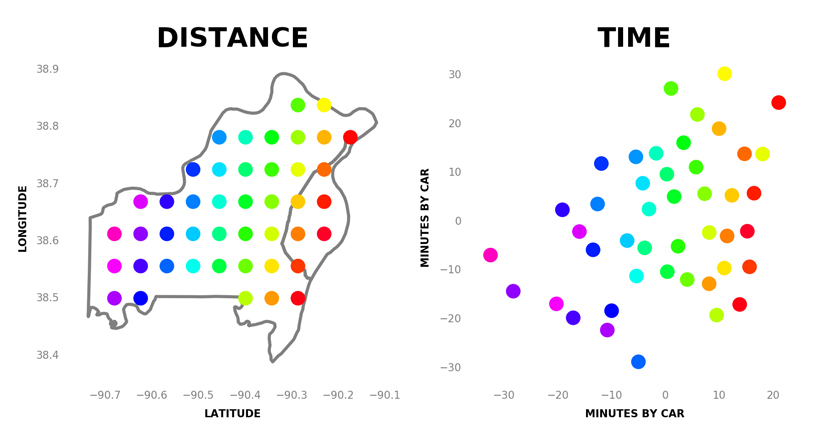 The take-aways from this map are not super obvious, but we can begin to see a few things:

We could, of course, make the same map by walking travel-time, rather than driving. The results should not surprise you: 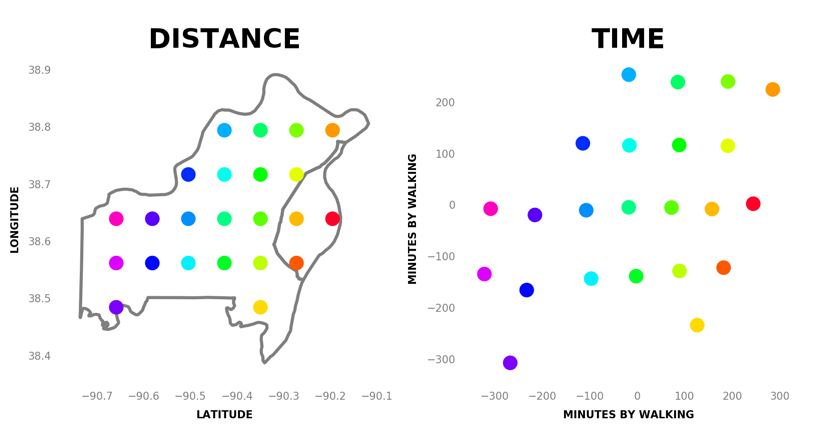 Yep — it takes about the same amount of time to walk between equally spaced points. This shows that takes roughly 600 minutes (10 hours) to walk across the entire St. Louis area.

Finally, here’s an example of another city, Washington DC. This is at 8pm on a Saturday, but you can imagine it would look very different during rush hour. 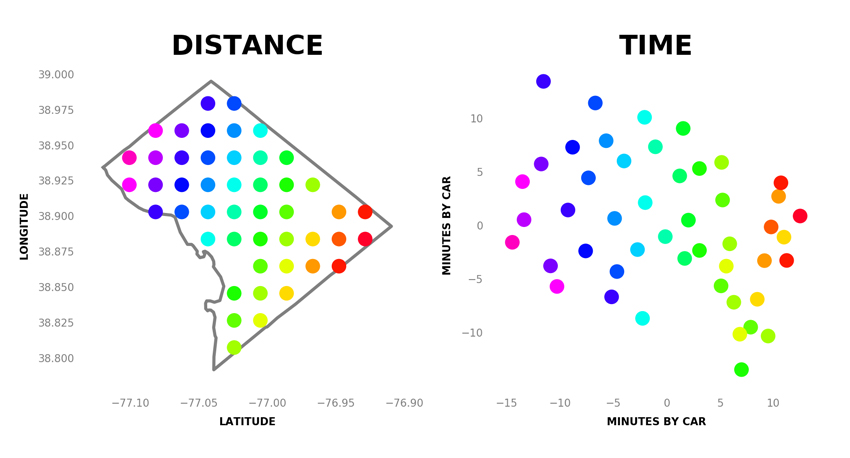 Thanks for reading! If you have any questions, hit me up at (this website name)@gmail.com